Deepavali is one of the biggest celebrations in India. It’s very close to people’s heart. The celebrations include waking up early morning, taking an oil bath, wishing friends and families, decorating the house with lines of Deepam (lights) and fancy lights, etc.,. But the first thing that comes to the mind when you say Deepavali is the cracker. Bursting crackers was and is pure fun and delight. From seeing who bursts the first cracker in the morning to one-upping the neighbours in the amount of money spent on crackers – it’s a kick that one would cherish.

Now in the recent times there is a concept of Eco friendly cropping up. One can see lots of meaningful messages in social media calling people to celebrate Eco friendly Diwali – this Diwali burst your ego, not crackers types. Nice. There is one more image of a dog holding a placard saying be nice to my ears; don’t burst crackers. Nice again. Here’s the problem. While I highly support Eco friendly Diwali, i do not support the call to stop bursting crackers. At least not in the name of Eco friendly.

World wide, more air pollution is caused by industries and burning fuels. This includes cars. How many people drive cars? How many days in a year are cars driven? Can we stop driving cars then? I remember studying that chlorofluorocarbons emitted from jets cause the hole in ozone? Can we stop them? I doubt.

More noise pollution is caused by vehicles ( at least in india). Can we say no them? How much e-waste is produced per year? What do we do about it? We still upgrade our phones and TVs almost every year.

Diwali is a one day celebration. Why say no to something that is celebrated by thousands? I would agree if there is a protest to bring in more control to the execution. Like decibel levels. We do have laws by the way but we need enforcement.

If you think in a broader perspective, fire crackers industry gives jobs to lot of poor people. You and me can send fancy messages about Eco friendly Diwali sitting in our fancy homes with steady incomes. But many people who are poor and didn’t have a privilege of education, depend on industries like these for their food. They need to buy clothes for their children as well. One may counter this point citing charities. Honestly, a parent would be proud only when he buys clothes to his ward through the money he earned.

So my two cents – encourage a controlled environment for bursting crackers but don’t start signing petitions to stop this. We already are losing native Bulls by banning jallikattu. India has announced that it won’t be reducing carbon foot prints in the coming years. So don’t worry. We have major problems to be solved. Let’s focus on those and let’s not diminish the celebrations under the pretence of Eco friendliness. Cheers to all and a very happy Deepavali. 🙂

View all posts by satakopang 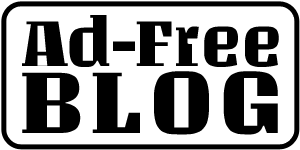